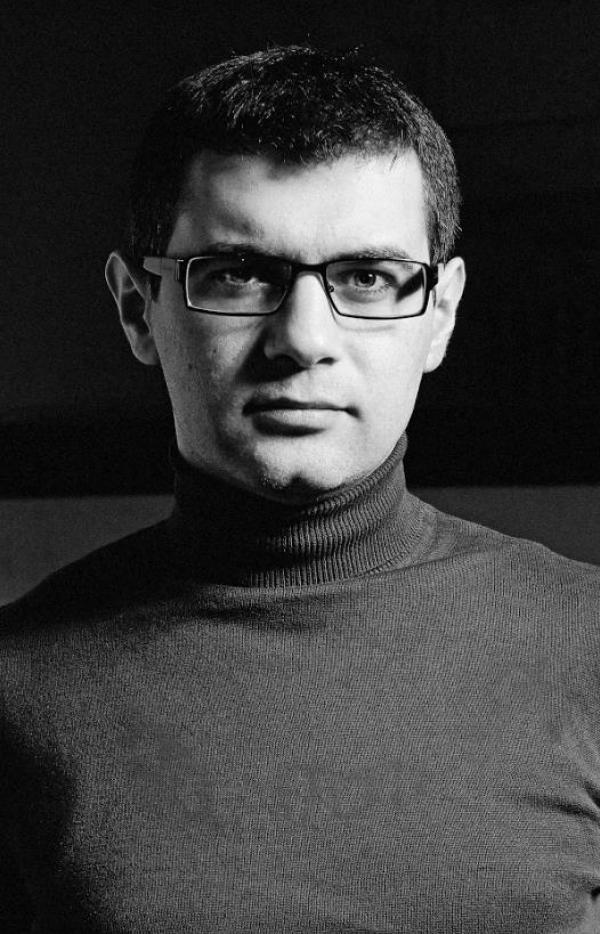 Murat Kabardokov was born on January 29, 1986 in Nalchik, Russia. From the age of 7 he studied in the music school N2 of the city on the piano and guitar classes. After school education he entered at the College of Culture and Arts. Approximately from the age of 13, Murat began to learning composition under the direction of Jabrail Haupa.

In St. Petersburg the musician began working closely with the Taurida Symphony Orchestra conducted by Mikhail Golikov, with whom a number of projects were implemented. Among them there is a large-scale audio album on 5 discs "Symphony of the Caucasus". Within the framework of the project, symphonic and chamber works by composers of Kabardino-Balkaria, including Murat Kabardokov, were also recorded, and concerts were held with this program in St. Petersburg, Moscow, Nalchik.

In 2013, the musician was awarded the title People's Artist of the Kabardino-Balkarian Republic.

In 2014 composed the soundtrack for the film "Francofonia" directed by Alexander Sokurov, which received two prizes at the 72nd Venice Film Festival.

In 2015, together with Klever Quartet  recorded an album "Without Words", which was presented in the Small Hall of the St. Petersburg Philharmonic in June of the same year.

In 2016 Kabardokov and Klever Quartet had concerts in more than 10 US cities with a program of classical music and new works. For the cycle of concerts in Sacramento all the musicians were awarded the "Certificate of Recognition" from the Ministry of Culture of California.

In August of the same year the was a premiere of the ballet "Her name was Carmen" in the in London Coliseum Theater in Kabardokov’s arrangement on the themes from the opera Bizet. It performed by the orchestra of the British National Opera and Tachkin’s Dance Theater.

September 15, 2017 premiere of the restored version of the film Dziga Vertov’s "Man With A Movie Camera" at the Palace Square in St. Petersburg in the opening of the international film festival "Message to Man" with a new soundtrack written by Murat specifically for the event. The music was performed by the symphonic orchestra "Taurida" and the author (piano, synthesizer).

Music for films and plays:

Chamber music: more than 50 arrangements and original pieces for piano and string quartet, "Impressions" piano cycle inspired by R. Tsrimov's paintings, "Badynoko-quartet" for string quartet, "Night. Suite For a Quivering Voice And Piano", words by F.G. Lorka ,Sonata for Cello and Piano, "Reflections On A Dream" for cello and piano,  2 Piano Quintets, Suite For Guitar Solo , "Lipa" for cello and piano.